Got the email today that the online voting for the Deus Ex Machina Boundless Enthusiasm Bike Build Off 2015 has started. As you may remember I built a Japanese Bosozoku style 1980 Honda CM400, as a satirical response to the “cafe racer” style that has become popular (especially online). 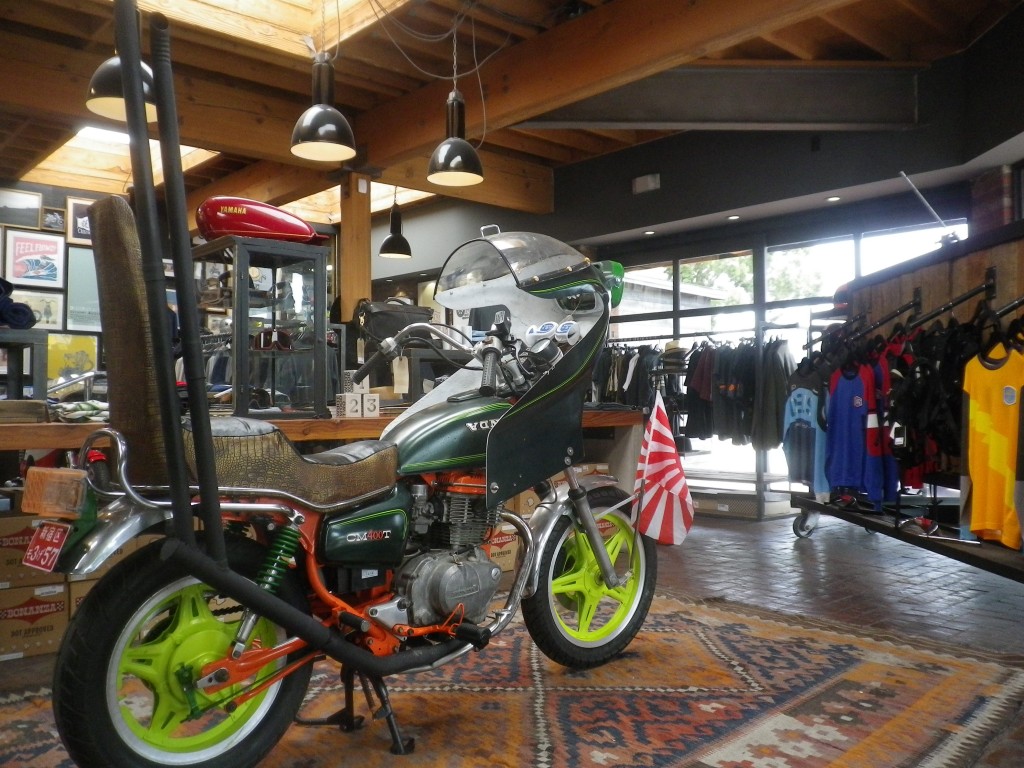 A cafe racer used to be in the narrowest definition, a Triumph or other motor, shoved into a left over Norton Featherbed frame to make a street legal bike that was faster and better handling than anything the factory made back in the 1950s (small bore car racers would buy Nortons for the motor, then sell off the left over frame and bits). Later it became any production bike modified to handle better and go faster than stock. In the 1970s the factories started building bikes much better at these things so it fell out of favor. Now any old bike with Firestone reproduction balloon tires, headers wrapped in fiberglass tape, pod air filters, no fenders and a bum stop seat is called a cafe racer, no matter how slow or ill handling. 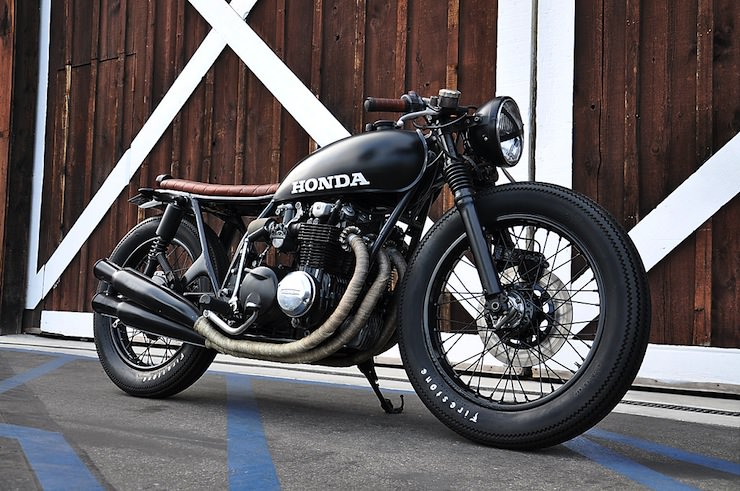 So I built a bike that is all show and no go, except for the go it came with from the factory. And by the way, the stock Honda CB/CM400 makes as much power as many back in the day tweaked Triumph 650s would have, and is much lighter than the Honda CX500 which kids today love for some reason. 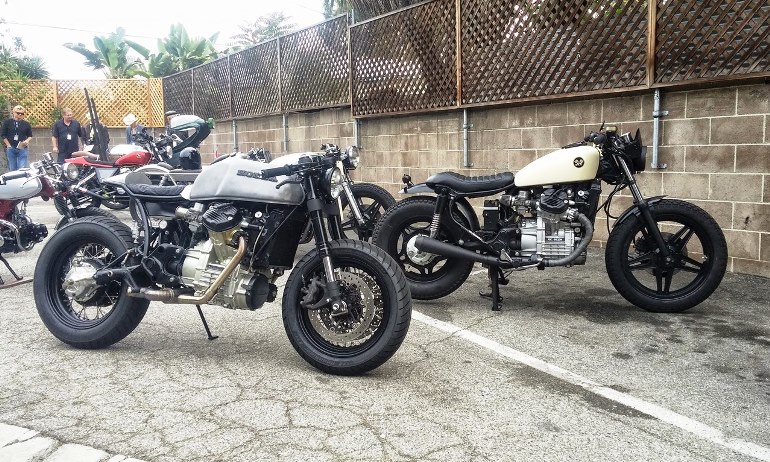 So click this link here – Boundless Enthusiasm Build Off – Scroll until you find my bike (pictured below), click the red “vote” button under it, then scroll back up and click the “submit vote” button (I know, it is complicated), then enter your email, then go to your email and click the confirmation link. And I will buy you a beer, promise! 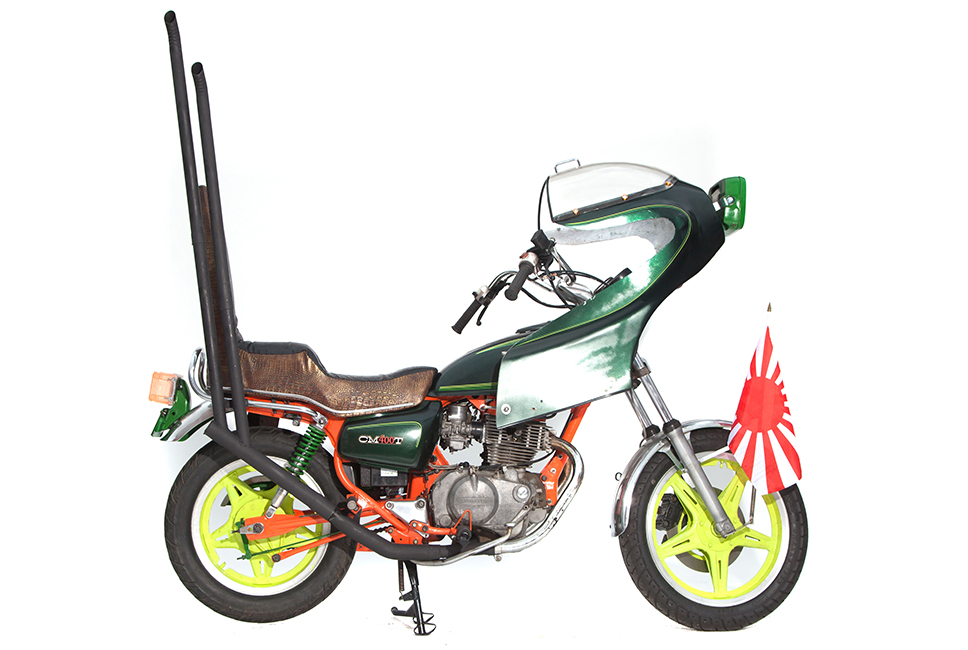